Hi,
Sorry I write you via comments. But I could not find contact e-mail or feedback form on your site. We are looking for new advertisement platforms and we are interested in your site bpmsg.com. Is it possible to place banner on your site on a fee basis?
Please, contact  us at e-mail.
Best regards,
Samuel Charles
P.S: delete this comment.

After my reply, the guy told me:

Hello,
Thanks for reply to our proposal!
I represent Guraci Agency. At the moment we are preparing an advertising campaign for Lacoste Company (it is a French company producing clothes, footwear, perfumery etc.) We already have designed banners for the campaign, they are the following sizes: 160×600, 240×400, 300×250, 336×280, 468×60, 728×90.
What can be your price for one banner (banner should appear at ALL pages of your site) of abovementioned sizes (please specify the place for the banner – top, bottom, left, right)? Please mention a normal link for banner, without javascript code and set prices in US dollars per month.

In the next e-mail they offered a monthly flat rate for placing the banner, even not asking how much traffic my site has. Being cautious,  I found out from other blogs that they try to let you install a WordPress Plugin and might place malcious code later. Don’t waste your time.

Many people feel unhappy, health-wise and security-wise, after 60 years owing to the diminishing importance given to them and their opinion.  But it need not be so, if only we understand the basic principles of life and follow them scrupulously. Here are ten mantras to age gracefully and make life after retirement pleasant:

There are three ages, chronological, biological and psychological.  The first is calculated based on our date of birth, the second is determined by health conditions  and the third is how old you feel you are.  While we don’t have control over the first we can take care of our health and with good diet, exercise and cheerful attitude.  A positive attitude and optimistic thinking can reverse the third age.

If you really love your kith and kin, taking care of your health should be your priority.  Thus, you will not be a burden to them.  Have an annual health check and take the prescribed medicines regularly.  Do take health insurance cover.

Money is essential for meeting the basic necessities of life.  Keeping good health and earning, family respect and security.  Don’t spend beyond your means even for you children.  You have lived for them all through and if is time you enjoyed a harmonious life with your spouse / partner. If your children are grateful and they  take care of you, you are blessed. But never take it for granted.

The most relaxing and recreating forces are a healthy religious attitude, good sleep, music and laughter.  Have faith in God, learn to sleep well, love good music and see the funny side of life.

It is almost like holding a horses reins.  When they are in your hands, you can control them.  Imagine that everyday you are born again.  Yesterday is cancelled cheque. Tomorrow is a promissory note. Today is ready cash, use it profitably… Live this moment…

6. Change is the only permanent thing

We should accept change.  It is inevitable.  The only way to make sense out of change is to join the dance. Change has brought about many pleasant things.  We should be happy that our children are blessed.

All of us are basically selfish.  Whatever we do, we expect something in return.  We should definitely be grateful to those who stood by us.  But our focus should be on the internal satisfaction and happiness.  We derive by doing good to others, without expecting anything in return.

Don’t be bothered too much about others’ mistakes.  We are not spiritual enough to show our other cheek when we are slapped in one.  But for the sake of our own happiness, let us forgive and forget them.  Otherwise, we will only increasing our BP.

9. Everything has a purpose

Take life as it comes.  Accept yourself as you are and also accept others for what they are.  Everybody is unique and right in his own way.

10. Overcome the fear of death

We all know that one day we have to leave this world.  Still we are afraid of death.  We think that our spouse and children will be unable to withstand our loss.  But the truth is no one is going to die for you; they may be depressed for some time.  Time heals everything and they will carry on.

Imagine a tiny boat afloat on a thrashing sea, water pouring through a gaping hole in the hull.

A sailor is frantically bailing dark, angry water, but no matter how much he scoops, the water line never seems to recede — more waves just pummel him in the face like a particularly insecure middle-school bully.

That, my friends, is our metaphor for the average worker’s e-mail inbox.

Yeah, we know, there are tons of new communication technologies out there, but e-mail still reigns supreme in the worker realm: A recent study even shows that e-mail eats up the most mobile time among Americans.

Which is why we think it’s high time to outline some of the most annoying practices when it comes to business e-mails — practices that might make your compatriots drown themselves in frustration.

Read on to avoid making these 10 mistakes:

Subject line: MY CLIENT URGENTLY NEEDS TO SPEAK WITH YOU!

Hot tip: When you type in all caps, you’re basically likening yourself to those crazy dudes who yell about the End Times on the subway (who are perhaps a bit subdued at present). Yeah, no one wants to talk to you.

2. Going all kindergarten with your fonts

Remember when LeBron James spurned the Cleveland Cavaliers and joined forces with the Miami Heat, prompting Cavaliers owner Dan Gilbert to pen a long letter on the team website tearing into James?

Remember what font Gilbert used? That’s right, Comic Sans — aka “The Great Underminer.” Stick to Helvetica, folks, and people will remember your sentiment instead of your poor choice of typeface. (To say nothing of pink fonts and Word Art-like signatures splashed across floral graphics.)

Unless you are supremely stupid, senile or illiterate, there is no real excuse for getting a business contact’s name wrong, because it’s right there in his/her e-mail address. Consider this cautionary tale.

If you’re prone to typos, well, then, that’s what copy-paste is for.

As we have stated in the past — back when we called for a brief break from the smiley — emoticons have reached “STD-like proportions since their inception, spreading from one person to another like particularly expressive herpes.”

OK, we can see the necessity of using a placating “smiley” in an e-mail to a contact who might need a spoonful of sugar to make the “your idea sucks” medicine go down. But nix emoticons from any initial e-mails with new contacts.

“Helloz Sar-Sar! Imma tell you about a super rad product that, let’s face it, all of us gurlz should totally peep if you have a burnin’ hot love life but want to avoid burnin’ hot other things (you know what I’m talkin’ about!).”

No one has a strong enough stomach to deal with epistles of this sort on a daily basis. Save the LOLCat speech for when you’re old and gray and shooting off adorable, kitten-packed e-mails to your grumbling grandkids. They can’t fire you for being obnoxious.

Allow me to narrate the internal dialogue of the average desk-bound minion: “Spreadsheets sure have a lot of lines… I’m hungry… I hope no one notices this hickey that Joe from accounting gave me after Happy Hour last night…. I’m hungry… Look! There’s a blue bird outside and it cocked its head at me!”

Get to the point. You have approximately three sentences to cut through said desk worker’s mental clutter before she — Oh, someone sent me a video of a dog hugging a turtle!

Do you have important news? Then, by all means, say so in your subject line. Hiding a vital correspondence behind a “Subject Line: Hey” is not doing anyone any favors — except for your competition.

8. Sending too many e-mails in a row

You probably spend, oh, 20 hours per day glued to some form of computer-esque device (soon the machines will destroy us all), which means that when you don’t receive an immediate response to your e-mail, it’s possible to, well overreact — much like a clingy lover waiting for an answer on that “Dinner tonight, then a different kind of spooning?” text.

Don’t be a desperate loser. Wait at least 24 hours before sending a follow-up e-mail, unless it’s an emergency, in which case there’s this handy thing called the phone or, you know, the five-second walk over to your co-worker’s desk. Yeah, we know, real life communications are hard.

I imagine most of you are intelligent enough to figure out why this is not OK.

Never message a business contact on Facebook. Seriously. Why? Because Facebook is where you go to look at pictures of people from high school when you’re drunk — there’s even a plug-in to prevent you from ruining your social media life whilst whiskey-soaked.

Sending a business-oriented message via Facebook is like wandering into a debauched party and expecting everyone to listen to you when you start talking about sales figures.

If you’re having issues finding someone’s professional contact info, sure, send him/her a message on Facebook or Twitter asking them for that info, but don’t carry on a whole convo right then and there.

Unless you’re looking for dirt on said contact, in which case be sure to send the ol’ message at around 4 a.m., when his defenses are down.

By Andrea Bartz and Brenna Ehrlich, Special to CNN

Do not be timid and squeamish about your actions.

All life is an experiment. The more experiments you make the better.

What if they are a little course, and you may get your coat soiled or torn? What if you do fail, and get fairly rolled in the dirt once or twice. Up again, you shall never be so afraid of a tumble.

E-mails are probably the most often utilized, but informal written documents. In today’s information age they are used extensively for all kinds of communications. As they are much more informal, spelling, grammar, punctuation and wording are not as important as in formal documents. Nevertheless, many of the principles described in the previous sections should be applied to e-mails. How you use e-mails is a question of politeness, and it will show your respect for your e-mail addressee.

END_OF_DOCUMENT_TOKEN_TO_BE_REPLACED 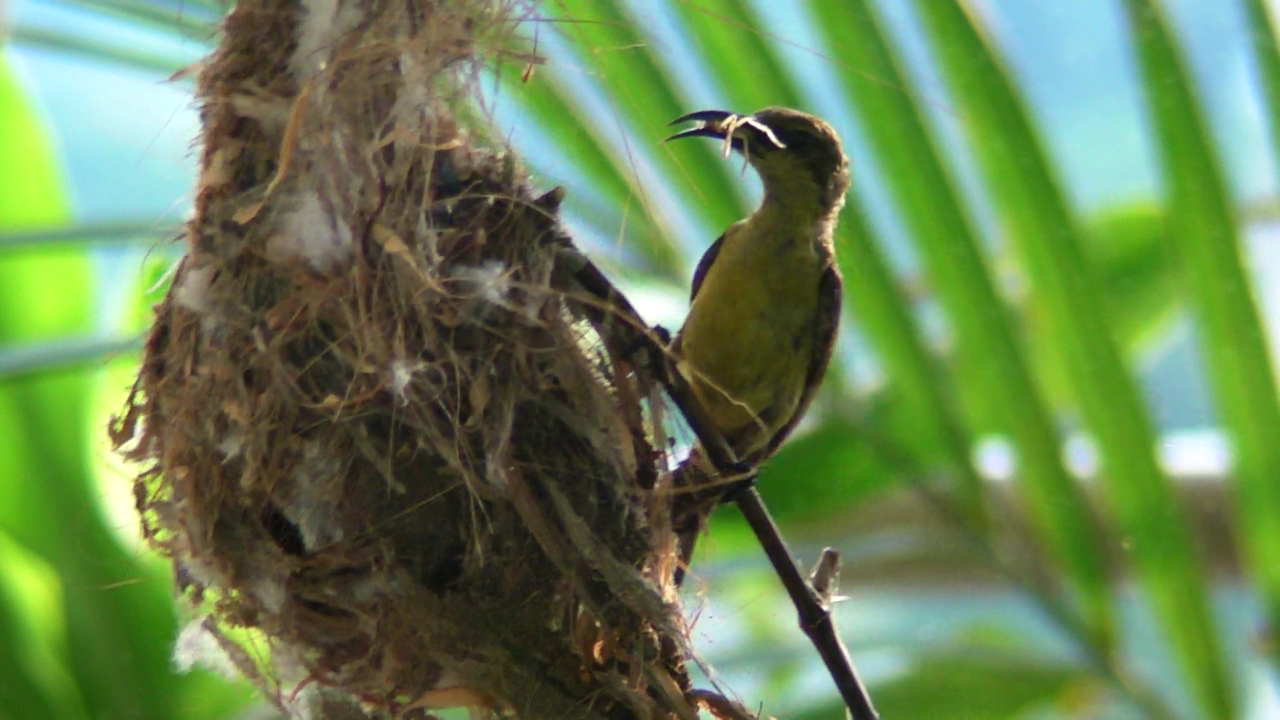